Warren Buffett Life Advice; 9 Valuable Tips on How To Be Successful 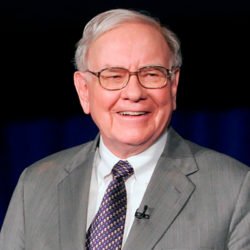 Warren Buffett Life Advice; in this post you will read about 9 top tips from one of the worlds’ richest men:

“The one easy way to become worth 50 percent more than you are now — at least — is to hone your communication skills — both written and verbal,”

“If you can’t communicate, it’s like winking at a girl in the dark — nothing happens. You can have all the brainpower in the world, but you have to be able to transmit it,

Buffet was terrified of public speaking when he was younger.

He went on a Dale Carnegie Public Speaking Course and now has that diploma on the wall of his office, not his college degree! That’s how much he thinks it changed his life.

Warren Buffett Life Advice #2: Work for Someone You Admire

“Go to work for whomever you admire the most, you can’t get a bad result. You’ll jump out of bed in the morning and you’ll be having fun.”

Don’t take a job because it looks good on your CV that you won’t enjoy. You wouldn’t save up sex for old age would you?

You should never work for people who make your stomach churn or who keep you up at night.”

Buffett took a job with his mentor and hero, Benjamin Graham, without even asking about the salary.

It paid him much more than any money in his bank account ever could.

At a Berkshire Hathaway shareholders’ meeting a 26-year-old asked Warren what he’d do in the young man’s shoes;

“If I had to do it over again, I would have done the same but earlier.”

It is never too early to start what you want to do. The sooner you begin, the sooner you your experience compounds and get better and better.

Many people put things off and say they will get around to it when they retire, or when they have more free time.

If you start now and put even a little effort in every day or every week, you’ll be amazed at the gains you will make.

Warren Buffett Life Advice #4: Learn as Much as You Can

“Go to bed slightly smarter than when you woke up. Read everything you can get your hands on. Learn from those around you. Be a sponge. Everything is a lesson.

“That’s how knowledge works. It builds up, like compound interest,”

Buffett still goes through the newspaper every morning and reads books throughout the day.

The first seven pieces of art in Warren’s office depict the seven biggest financial failures of the past century.

The more you learn about the brick walls others charged into head first, the more likely you are to avoid them.

“You want to associate with people who are the kind of person you’d like to be. You’ll move in that direction”. The most important person by far in that respect is your spouse. I can’t overemphasize how important that is.”

“Marry the right person. It will make more difference in your life. It will change your aspirations, all kinds of things.”

“If I gave you a car, and it’d be the only car you get the rest of your life, you would take care of it like you can’t believe.

Any scratch, you’d fix that moment, you’d read the owner’s manual, you’d keep a garage and do all these things.

“You have only one mind and one body for the rest of your life,” “If you aren’t taking care of them when you’re young, it’s like leaving that car out in hailstorms and letting rust eat away at it.

Warren Buffett Life Advice #8: Surround Yourself with the Best

If you’re around ‘high-grade people’ you’ll start acting more like them.

If you hang around with people who behave worse than you, pretty soon you’ll start being pulled in that direction. That’s just the way it seems to work.”

Warren Buffett Life Advice #9: Be Careful How You Measure Success

“I know people who have a lot of money, and they get testimonial dinners and hospital wings named after them. But the truth is that nobody in the world loves them.

“If you get to my age in life and nobody thinks well of you, I don’t care how big your bank account is — your life is a disaster. That’s the ultimate test of how you have lived your life.”

Buffett is one of the richest men in the world, but money isn’t a measure of success for him. In his eyes, success comes down to how much you are loved by the people you care about.

This last tip has stuck with me ever since I have written this post!

Everytime I think about work or something on my mind, I always think back to this tip – all that matters is that you are loved by the people who you love. Everything else is much less important…