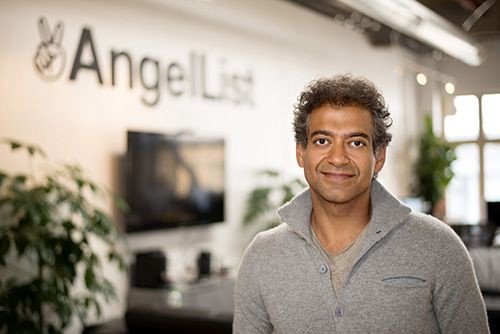 Naval Ravikant is an Entrepreneur, Investor, and Founder of AngelList.

He is one of the most intelligent and profound guests on the self development podcast circuit.

He is knowledgeable on many subjects, the below are some of his thoughts on careers:

Naval Ravikant Quotes on Career Advice #1: Who Will Your Network Be?

“I would argue that for someone who’s early in their career — and maybe even later — that the single most important thing about working for a company is the alumni network you’re going to build,”

“Who are you going to work with, and what are those people going to go on to do?”

If you don’t know the answer to this question, ask someone just ahead of you on the career ladder.

They will have friends doing better than others who are better connected and can give you some insight.

To be really successful Naval says:

“Arm yourself with specific knowledge.

This is knowledge that you cannot be trained for. If society can train you, it can train someone else, and replace you.

Specific knowledge is found by pursuing your genuine curiosity and passion rather than whatever is hot right now.

This resonates with the career advice of Scott Adams. (the multimillionaire creator of the cartoon Dilbert). He encourages people to become very good (i.e. top 25%) at two or more things.

This way you have a unique combination of skills that not many other people can replicate giving you a unique competitive advantage.

Are you unsure about which career path to follow? You have a vague idea what you might want to do, but are not really sure?

If so, check out my online course on ‘How to Find Your Perfect Career’. It is 25 tried and tested exercises that I’ve used to take me from jobs I hated in my 20’s to a job I LOVE now!

Naval Ravikant Quotes On Career Advice #3: Use the Power of Compound Interest in Your Career

“You want to rise, early in your career, to a senior position because that position will accrue more compound interest over the 30+ years of your life than if you take your time getting there.

It’s good to be in a smaller company early because…there’s less of an infrastructure to prevent early promotion.”

I think the above are good points, but for the second one there are pros and cons to working in a smaller company.

From the 100 Graduates 10 Years out of University I interviewed for my book 1000 Years of Career Advice many of interviewees thought it was better to work for a big company earlier on in your career as you get exposure to better training, processes and people.

You can get the free ebook version here

“You want to own equity if you can.

If you don’t own equity in a business, your odds of making proper money are slim.

If you’re getting paid for renting out your time, you can make good money, but you won’t make the kind of money that can really give you freedom – the passive income that can make you money while you’re on vacation”

“Code and media are permission-less leverage.

They’re the leverage behind the newly rich. You can create software and media that works for you while you sleep.

If you can’t code, write books and blogs, record videos and podcasts.”

Naval Ravikant Quotes On Career Advice #6: Become the Best in The World

“Become the best in the world at what you do. Keep redefining what you do until this is true.”

See quote #2. You don’t have to be the best programmer or fitness instructor in the world, but maybe you developed the most popular fitness app in the world?

Build a unique skill-set that can’t easily be replicated and then leverage these skills as much as you can.

Instead, focus on developing skills, and doing what you want to do at a particular time to get paid”

Naval Ravikant Quotes To Make You Think #8: Productize Yourself

Naval Ravikant Quotes To Make You Think #9: Get Measured on Your Output not Your Input

“Find a career/job where the inputs and outputs are disconnected.

Being tracked on the outputs, rather than the inputs, will allow you to control your time much better

2000 years ago, the inputs and outputs were connected – effort = result. Nowadays – we have knowledge worker jobs”

Example: A good developer can write a good piece of code that will generate millions of dollars. His/her success depends on their outputs. A sales career is also a good example.

Naval Ravikant Quotes To Make You Think #10: Find that 1%

“In most aspects of life, try to find the thing you can go all in on with compound interest.

Compound interest keeps adding on itself, so that you end up with thousands of times your original investment.

When you find that 1%, go all in, and forget about the rest.

When you find the right thing to do, and people to work with, invest deeply into that, and stick with it for decades.

Be passionate about one thing at a time, and have indifference towards everything else”