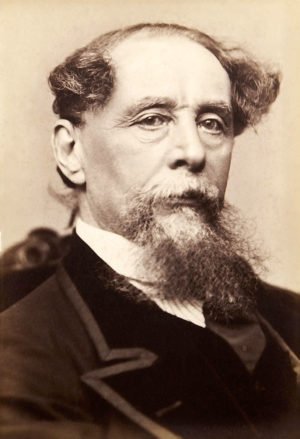 Dickens had to leave school at 12 and take up a job in a boot-blacking factory after his father, John, was sent to prison for debt in 1824.

He returned to school when his family inherited enough money to cover what they owed. But, just 3 years after first leaving school, at the age of 15, he was taken out once again to work in an office.

Before he was a well known author, he worked as a legal clerk and a political journalist. During his time as a newspaper journalist, he would send sketches to magazines and newspapers under the pseudonym “Boz”.

When he was offered good money to put words alongside these popular sketches Dickens the author was born! 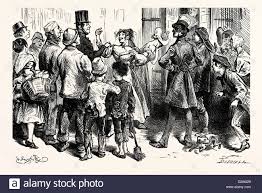 His novels, most published in monthly or weekly instalments, pioneered the serial publication of narrative fiction, which became the dominant Victorian mode for novel publication.

The instalment format allowed Dickens to evaluate his audience’s reaction, and he often modified his plot and character development based on such feedback.

For example, when his wife’s chiropodist expressed distress at the way Miss Mowcher in David Copperfield, he changed the character.

Masses of the illiterate poor chipped in ha’pennies to have each new monthly episode read to them, opening up and inspiring a new class of readers.

Dickens was one of the worlds’ first celebrities. When The Old Curiosity Shop was being serialised, American fans waited at the docks in New York harbor, shouting out to the crew of an incoming British ship, “Is little Nell dead?”

After spending a long time publicising his books there, Dickens took against America and heavily criticised the country in his travelogue American Notes, published in 1842.

He embarked on this tour to give lectures on abolitionism. His lectures became so popular, they turned him into a celebrity. People would follow him in the street and try and and rip clumps of hair out of his head!

On days when he gave public readings, Dickens had two tablespoons of rum with fresh cream for breakfast, and a pint of champagne for tea.

Half an hour before the start of the reading itself, he would also drink a raw egg beaten into a tumbler of sherry.

He married Catherine Hogarth in 1836 and together they had 10 children, all of which he gave strange nicknames, such as “Lucifer Box”, “Chickenstalker” and “Skittles”.

Dickens’s affection for his wife soon dwindled after they were married, and he seemed to harbour more romantic and sentimental interest in her sisters than in poor Catherine herself.

When his sister-in-law Mary Hogarth died suddenly, aged 17, in 1837 (in Dickens’s arms), he was devastated. But his grief appears to have been disproportionate: he kept her clothes in the house and wore her ring for the rest of his life.

He helped create “Urania House” where former prostitutes could learn to read and write, as well keep house.

Dickens searched prisons and workhouses for potential candidates and interviewed them personally. He even established the house rules. Approximately 100 women “graduated” from Urania House.

He kept a pet raven called Grip. After Grip’s death, Dickens had him stuffed and replaced with another raven and an eagle.

He was one of the first members of “The Ghost Club”, a group in London dedicated to investigating the paranormal.
“The Ghost Club” is the oldest ghost-hunting organisation and is still in operation to this day.

Charles Dickens wasn’t the only famous face to join the club, Sir Arthur Conan Doyle, the author of the Sherlock Holmes stories, was also an early member.

In later life Dickens fell in love with a young actress, Ellen Ternan, and this passion was to last the rest of his life. Dickens was 45 and Ternan 18 when he made the decision, which went strongly against Victorian convention, to separate from his wife.

He used to try and keep it a secret that he was carrying on with Ellen. All their correspondence was burned in a fire so it is hard to know the extent of their affair

On 10 June 1865, the train in which Dickens and his mistress Nelly Ternan were riding careered off the rails on a bridge in France. Seven of the train’s eight cars plunged into the river, killing many passengers, while Dickens’s car dangled off the bridge. The writer remained calm, offering brandy to shaken passengers and working to free those trapped in the cars below.

Dickens managed to avoid an appearance at the inquest to avoid disclosing that he had been travelling with Ternan and her mother, which would have caused a scandal.

Upon his death, Dickens left the care of his £80,000 estate to his longtime colleague John Forster and his “best and truest friend” Georgina Hogarth who, along with Dickens’s two sons, also received a tax-free sum.

Dickens’s second novel, Oliver Twist (1839), shocked readers with its images of poverty and crime. It challenged middle class polemics about criminals, making impossible any pretence to ignorance about what poverty entailed.

Karl Marx asserted that Dickens “issued to the world more political and social truths than have been uttered by all the professional politicians, publicists and moralists put together”.

At a time when Britain was the major economic and political power of the world, Dickens highlighted the life of the forgotten poor and disadvantaged within society.

Dutch painter Vincent van Gogh was inspired by Dickens’s novels in several of his paintings i.e. Vincent’s Chair. In an 1889 letter to his sister he stated that reading Dickens, especially A Christmas Carol, was one of the things that was keeping his spirits high.

In 2002, Dickens was number 41 in the BBC’s poll of the 100 Greatest Britons. He regularly comes in the top 5 of ‘best writers of all time’. Who knows how he didn’t manage to break the top 40 of Britains finest!