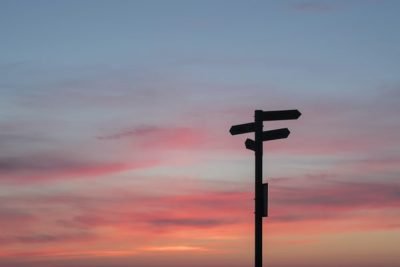 I picked Accounting as a career as my parents / older siblings said it was a good career that paid well, and had plenty of jobs.

However, I struggled with the exams, made a terrible accountant and hated working as one!!!

It looks like I’m not alone in the UK in choosing the wrong career!

The below are some interesting facts and figures on career change in the UK.

Have a read and see do you find yourself agreeing with any of the below statistics!

In a study by Jobrapido, nearly two thirds of the UK workforce want to change their career path. Approx. half would pursue an apprenticeship to make this change. (Jobrapido)

Totaljobs conducted a survey of 5,364 Brits affected by coronavirus. It found one in five used their free time in lockdown to search and plan for a career in a new industry.

The impact of COVID made a fifth (22%) of UK workers realise their current role isn’t for them. (Total Jobs)

Nearly half of all workers in the UK (47%) would like to change career, according to new figures released today by the London School of Business and Finance. (LSBF)

A study by First Direct found that half of working Britons “are not sure” if they are in the right career.

33% of those in employment said they do not enjoy their current line of work.

Almost half (47 per cent) admitted they do not find their careers fulfilling.

25% were keen to switch careers to learn a new skill, with one third wanting a better work-life balance.

Career Change Statistics UK: Who Wants to Change Career the Most?

68% of Cardiff workers are satisfied with their careers, the highest proportion in the survey (LSBF)

London workers were the most unhappy in their jobs, with 32% regretting their job or career choice. 56% of this group said they are likely to change careers. (Cordon Bleu)

55% of workers in London want to change careers, 45% within next two years (First Direct)

Only 19% of London workers say they will never want to change careers. (LSBF)

Unsure about your career path? check How to Choose Your Career: 11 Effective Tips. They are the hacks and tricks I’ve used to go from a career I hated to a job I love now!

50% of Brits expect to make a career change within the next two years. 23% planned to in the next 12 months.

A study by insurance firm LV showed that UK workers will change employer on average every five years. (LV)

Researchers who polled 2,000 people across the UK found that 40% planned to change careers within the next two years.

The LSBF Careers Report shows that 21% were looking to career hop in the next twelve months.

Approximately 66% of the UK workforce wrongly believe they are too old to change careers. (Jobrapido)

Only half of all UK graduates are working in a field that relates to their degree after leaving university, according to new research by the New College of the Humanities.

96% of the graduates surveyed said they had switched careers by the age of 24.

In the survey of 2,000 graduates carried out by the College (Professor AC Grayling’s private university in central London), it found that 50% chose a degree course to work in a specific area.

Approx. one in seven of them failed to find jobs in their chosen industry. (Grayling)

A regional breakdown of the responses showed 13% of the graduates stayed in the same job for 4 years or more in London. This rose to 24 per cent in the North East and 30 per cent in the South West.

The South East, Yorkshire and Scotland were the areas where the fewest percentage of graduates worked in their first choice industries (43 per cent). (Grayling)

Are you unsure about which career path to follow? You have a vague idea what you might want to do, but are not really sure?

If so, check out my online course on ‘How to Find Your Perfect Career’. It is 25 tried and tested exercises that I’ve used to take me from jobs I hated in my 20’s to a job I LOVE now!

According to the Careers in Depth Survey, 39% of employees said increased salary prospects was the main reason for wanting a career change, followed by work life balance (35%) and job satisfaction (34%). (Careers in Depth)

One of the main contributing factors why people didn’t change careers (29% of respondents) is the financial security provided by being in a stable job.

You cannot pay the mortgage, send kids to school or, live your daily life without it. (Careers in Depth)

52% of British workers listed financial reasons as a barrier to changing careers. 41% believed they lacked the skills needed to work in a different field. (Cordon Bleu)

People considering a career change by working in a different industry are driven by a desire to:

1. learn new skills or challenge themselves (51%)

“Money isn’t the driving factor behind a career switch. People are keen to learn new skills, or to do something they find more personally satisfying. (First Direct)

Around 33% say the biggest obstacle to making a change is family / financial commitments. 17% gave lack of confidence and their mind-sets as obstacles. (Jobrapido)

A quarter of respondents said they could not afford to switch careers and a fifth thought they were too old to start over. (First Direct)

19% believe their lack of qualifications prohibit the change.

18% admit they had no understanding of how to switch careers.

14% put off by the thought of time it takes to re-train. (Jobrapido)

The main reasons that people were unwilling to change careers were:

Feeling stuck in your career? Get the best career advice from some of the most successful people on the planet! check out my Career Advice from The Best Commencement Speeches of All Time

Career Change Statistics UK: What Do People Who Change Careers Do?

52% of those surveyed dream of being able to turn their hobby into a career.

Mancunians were most likely, with 66% of residents wanting to turn their hobby into a full-time job. This figure dropped to 59% in Cardiff and 58% in Edinburgh. (Cordon Bleu)

Hearing stories from those who have already changed industries has inspired others.

22% of Brits claimed they were more aware of using their own professional skill-set in a new setting. (Total Jobs)

20% consider a career in teaching, nursing or charity work as an alternative career.

The top choice for British workers is starting a business or working for yourself (18%). The under-25s are the most likely to run their own business with 21% planning a start-up.

Out of approx. 25% of workers who have already made a career switch;

– 15% started their own business

– 12% changed to a career working with children

One in 10 graduates said they had changed careers to start their own business. (Grayling)